It can be quite amazing to see the imagination that comes from the things we watch and enjoy, but have you ever wondered how your favourite movie or show came to exist the way it did? More often than not, there are many binge-worthy film and TV hits that have drawn creative inspiration from the classics we came to love.

While you could probably write a book on what Stranger Things paid homage too, a notable influencer in the creation of Stranger Things is the 1985 classic, The Goonies, directed by Richard Donner. Featuring a young Sean Astin and Josh Brolin, The Goonies provides us with the same basic premise of a group of misfit boys getting into an adventure (a treasure hunt to save their house, rather than fending off the Upside-Down). Like the group in Stranger Things, they often found themselves in over their heads, but never gave up on their mission. The Goonies is great if you want to take a break from sobbing over the antics of Stranger Things.

Colin Firth has managed to dip his fingers into all types of roles (him singing in Mamma Mia was A grade content, what a time to be alive), but has managed to maintain his suave, noble persona. Even when toting a gun and throwing punches in Kingsman, he kept that collected air about him. If violence however, isn’t your thing, the 1995 adaption of Pride and Prejudice would probably be more up your alley (and you still get your fill of Colin). His role as Mr Darcy is not only the genesis of his Kingsman character, but is a character that still manages to shine through in other roles.

Narcos has been the perfect way to fill the ‘Breaking Bad’ void in our hearts, recounting the true story of Pablo Escobar and the rise of the cocaine trade. But if you were wanting to kick it a little more old school, The Untouchables could be what you’re after. It’s a high-energy film set during the era of prohibition, covering the story of Al Capone’s life as America’s largest mobster (played by Robert De Niro, of course). Fighting corruption inside the police force, a prohibition and veteran officer (played by Kevin Costner and Sean Connery) work together to take Capone down.

#4 Hannibal – The silence of the lambs It’s been said that we may be blessed with more Hannibal after talk of new ideas for show content. So, while you’re waiting patiently for this to happen (god willing), you can go and watch the film that made Hannibal Lecter a household name. The Silence of the Lambs is quality content if you’re into twisted serial killers and suspense. Let’s not forget that Anthony Hopkins plays the lead (that in itself pretty much sells me) and it was his skill that made the character memorable enough to stick.

We’ve got a new Star Wars movie to add to the abundant that already exist (no complaints here), but if you wanted a little more context on how George Lucas developed the confidence to begin A New Hope (the first instalment) the way he did, add A Hidden Fortress to your watch list. Like Star Wars, A hidden Fortress begins with the two comic relief characters wandering through wasteland, suffering and complaining. The heroic samurai and sassy princess don’t grace us on screen for a whole quarter of the movie, much like A New Hope. 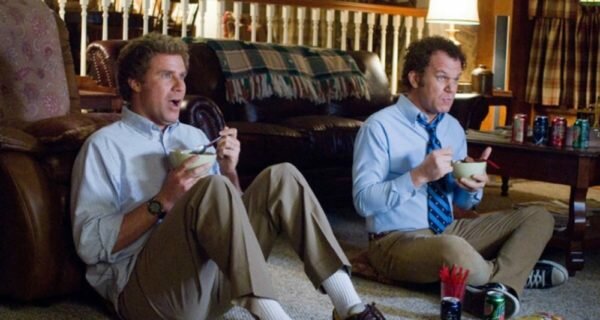