So now you know where to get the best hungover breakfast at Canberra’s tastiest new cafes, but what not where to head out. Drinks and tapas anyone?


This baby opened up in Campbell and is sure to blow your wine loving mind. Owned and operated by lovers of wine and hospitality that have years of experience in the industry. You can buy a nice bottle of wine here at wholesale price then drink it in the bar or take it home for later. They sell a range of delicious cheese and cured meat platters as well as sandwiches and coffees too. The staff are knowledgeable, the atmosphere is wonderful and they have ansolutely crushed it!


A Japanese delight. This bar opened up in March however I don’t think it’s as well known as it should be. An underground bar nestled away in an alley that sells a huge variety of sake, cocktails and Japanese tapers sure to excite you. The music is good, the Japanese vibe is on point and the beverages and food are delicious.


The new kid on the Kingston Foreshore, Betti Bravo’s is a Caribbean style bar and restaurant selling fun and delicious Spanish food and drinks that look dam amazing. Boasting menu items such as Caribbean spiced pork neck, Paella and Salt cod & potato croqueta as well as a large cocktail, wine and jugs menu it is a must visit!


An intimate bar opened underneath the old speakesy of the popular A.Baker. This bar is owned and operated by the same crew that opened Highball, 79 & Fine and Molly so you know it’s going to be stylish and full of new, exciting drinks. They’ve named the new bar Black Market as the menu includes hard to come by spirits and fat washes – where fat from bacon is infused into liquor. Their menu also has cockatails such as ‘Netflix and Chill’ and ‘Cruising Down The Street In My Six-Four’ which sound rather run wouldn’t you say? In close proximity to The Palace Electric Cinema its a destination worth checking out before or after a movie.


Northsiders rejoice! Young & Friskys opened in Gungahlin this year and is owned by the same people from the go-to bar Hopscotch in Braddon. Serving a lot of delicious food the venue is family friendly too. The main attraction – fried chicken! It’s American style menu has a variety of chicken options, sides and drinks as well as the usual suspects like schnittys, burgers and salads. Their cocktail menu is still large and a bundle of fun with drinks such as ‘Gin & Jam’ and ‘Killa Jerry’s’ – there’s sure to be something here for everyone.

Any new favourite bars in the caital you’ve liked? Know of any opening soon? Let us know! 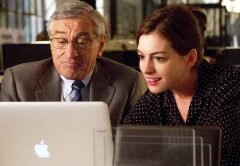 How To Get Hired Off LinkedIn 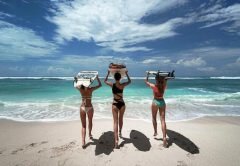 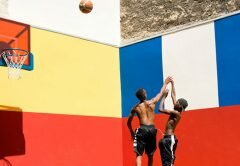 Courts Across The Globe You’ll Want To Shoot Hoops At 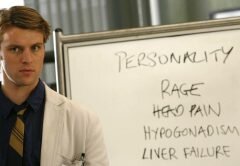 Dr Google Is Getting The AI Treatment 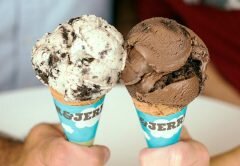