We’re all over thinkers in some form or another, especially when there is another person involved. If you’re sitting here reading this and your initial reaction is, “pfft, nah I’m chill aye,” then you’re either a liar, or your grasp on emotion is much more superior than the rest of us. Overthinking your dating life can derail something amazing before it even starts, so here are the signs to watch out for so you don’t end up with a ‘you’ shaped hole in the wall.

You Focus On The What If’s

On most occasions, what if’s are counter-productive and cause you to stress about something that’s completely hypothetical. We’ve all been there, stressing about something that doesn’t exist. But when involving another person it can get a little hectic. When getting ourselves into a funk about the hypotheticals and trying to deal with them mentally, it stops us from being able to move forward with the relationship. You may even create conclusions to the what if’s in your head before they even have a chance to come to fruition. This means you’re more likely to react negatively to situations because they’re not going ‘as planned’.

You Constantly Analyse Everything

In the right context, analysis is a good thing, particularly if you work in science. But alas, when you bring those tendencies into your dating life, it can make you look a little crazier than usual. If you analyse every single detail of their body language and what they say, whether that be through text or face to face you may just end up finding fault with everything. It is also possible that you’ll come across as scatty and every date you have will probably think you have no trust to give anyone, which may drive them away. Being aware is advised, but being a super analyst isn’t necessary.

There’s No Fun In The ‘Now’

If you’re constantly worried about what happened in the past or what’s apparently going to happen in the future, you won’t have any room left to enjoy the ‘now’. By not focusing on what’s going on around you presently, your date may feel like they’re just a second thought to your rampant imagination. And besides, constantly dwelling makes for an exhausting time.

You Tend To Always Assume The Worst

Hands up if you think that a lack of text for an hour means they’re hurt? Or means they’re spending their time swiping right on Tinder so they don’t have to spend time with you anymore? Yeah, look, I’ve been there. And guess what? Ninety-eight percent of the time it’s your brain spouting off complete bull. They’re not texting back because, plot twist, they’re at work and have a deadline. Or maybe they’re just regrouping their thoughts without distraction so they can be more productive. They’re just doing their thing, just like you should be doing yours. Try not to stress until you’re given a valid reason too. 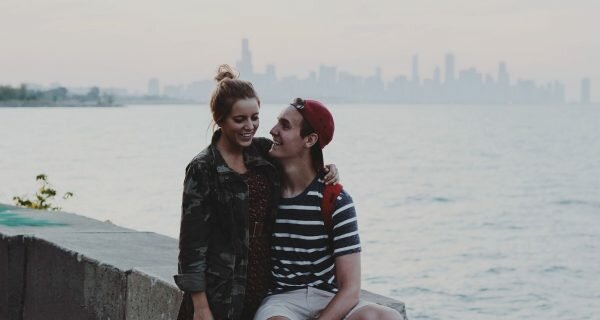