There’s a lot that today’s Sydney-siders can thank the rapid gentrification process for. An increase in organic whole-food stores, rising housing un-affordability and the soaring price of a small soy cappuccino just to begin with. The geographical phenomenon often gets a bad rep for stripping once unique locations of the charming “rustic” attributes that define them, replacing them with something a little more middle-class friendly. However, when it comes to these five suburbs, at least we can thank an onslaught of wealthy residents for a few good vegan cafés, while they lock us out of the housing market forever. Situated just a few minutes south of Surry Hills, five kilometres from the CBD, Rosebery was mostly an industrial area until two or three years ago. Now, among the old shopfronts of some of Sydney’s first commercial factories, is a sea of Meriton apartment blocks. Among them – a few stand-alone houses on fairly large lots, waiting to be sold to the highest bidder*. Rosebery is home to Sydney’s first distillery in 100 years, Archie Rose, as well as branches of Black Star Pastry, Three Blue Ducks and Messina. If the best gluten-free cakes and ice cream in town aren’t enough to tickle your inner hipster’s fancy, there’s a number of swanky cafe’s, each of whom are looking to discover the new chai latte.

*Meriton will almost certainly be the highest bidder.

Remember when Chippendale was just an old brewery site and the Abercrombie hotel? Well ,the hotel is no more, the old brewery site has been named the best tall building in the world, and those few streets parading as a suburb just earned their stripes. Gone are (most of) the creaky share houses, in favour of some true architectural delights and even some green parklands. Courtesy of the wildly expensive residential development, One Central Park, the area is now home to Kensington Street Social, urban outlets, Sunday markets, and soon a Palace Cinema.

Situated seven kilometres from the CBD, Marrickville is the largest suburb in Sydney’s southwest. Once upon a time, most die-hard city slickers would have deemed Marrickville “too far” to live or work. Now, thanks to the lock-out laws pushing arts and entertainment further from the city centre, Marrickville is having it’s time in the spotlight. As the cool kids from Newtown flock to streets that are closer to gigs and (slightly) further from rental increases, café, bars and other retailers in the area are enjoying the spike in business. Highlights include the Batch brewery, Cornersmith café, The Factory for live entertainment and the best bánh mì in town at Marrickville Pork Rolls. Although Camperdown has always been considered an inner-west suburb, trendier Sydney residents have tended to glance over it in favour of its more well known neighbours. Of recent times, Annandale and Newtown have become financially out of reach for the average arts student, and Camperdown has been enjoying a nice spill over effect. The proximity to the sandstone walls of Sydney uni keeps the area fairly young, but that hasn’t stropped the development of new, elegant apartment buildings with bronze fixtures and expansive rooftops. The area boasts not one, but two breweries (James Squire and Malt Shovel), an abundance of re-furbished hotels, and one banging pizza joint. 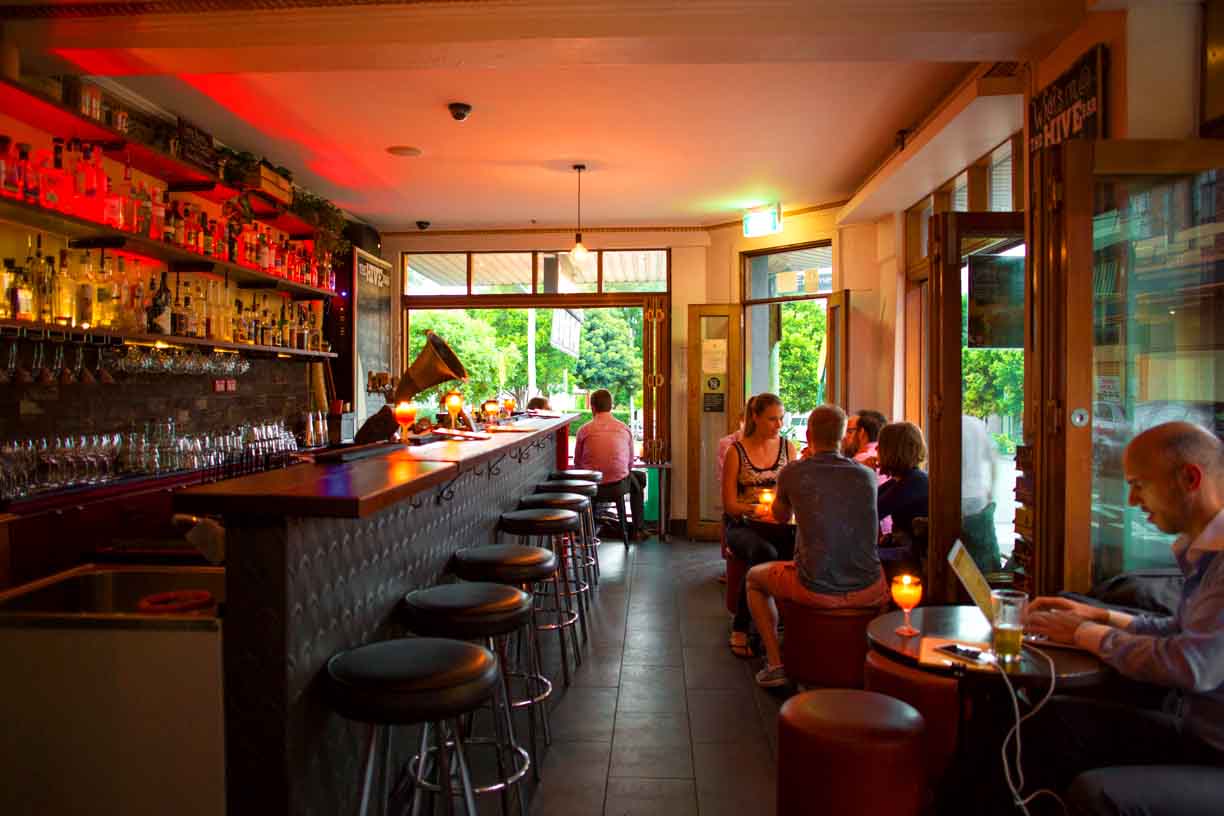 When it comes to glamour pubs and rampant un-affordability, you simply can’t beat Erskineville. Blessed with its very own stop on the train line, Erko is just three kilometres from the CBD and has been undergoing a gradual but aggressive makeover for the past few years. It’s not just the main street littered with quality bars, restaurants and cafe’s that make it such a joy to visit, but also the genuine charm of the area that is basically an erotic dream for home-buyers. A few strides from the main drag, and you’ll find dead-set adorable terrace houses and a few renovated jewels that will have you asking yourself why you didn’t do a finance degree. No visit is complete without a trip to Erskineville hotel (the Erko), Imperial Hotel, Sydney park and maybe a drink at Hive bar.

Michelle is a self-described epicure who loves depriving herself of sleep and then complaining about it. When she’s not writing, acting, or biting off more than she can chew, you can find her at The Lobo Plantation holding a rum old-fashioned.