Most of us love a night out, to let loose and leave the previous week behind us. While immersing ourselves in the wacky world the is ‘nightlife’, and embracing the smidgen of ‘unknown’, there are always particular human beings who add a certain thrill to the night. And from what we’ve seen, the formula is forever steadfast. Here are some of the people you’ll probably have the pleasure of meeting on a night out.

No matter if you’re at a club or bar, no matter the occasion, you’ll meet these people in the bathrooms of your chosen watering hole. Running into this person is probably more applicable to women, but hey, it could happen in the men’s bathrooms too (if they’re into bonding in bathrooms.) Every girl has been the instant best friend at some point in their lives, and it’s a beautiful thing to witness. The conversation usually consists of a tonne of overly enthusiastic (partially slurred) compliments regarding appearance. Hair, makeup, outfit, how much of a ‘babe’ the other is, the list goes on. The entire situation is too pure. These people go hard or go home with their dancing antics, without caring about how they look. This is clubbing in its purest form, and it’s magic. You’ll stumble upon these people in a group of 3 or more. Some are flailing their arms, some are synchronising their dance moves, the rest are jumping from side to side, all while singing Bubblegum by Confidence Man. Their unsuppressed happiness is wonderfully innocent and intriguing.

Rather than smashing a few voddies at the bar, to avoid the risk of it spilling everywhere, these people order the cocktails, which are then calmly savoured. Onlookers watch as the colourful fruity drink is consumed, and wonder if they’ll ever have the funds to graduate from house wines, or vodka lemon, lime and bitters (feels, guys.) High rollers can also consist of those who buy multiple rounds of drinks for everyone without expecting anything in return (these peeps are gems.) Sure, they’re probably in another universe of ‘feel good emotions’, and will regret blowing their cash in the morning. But it’s entertaining to watch regular people act like millionaires. These are the ones who go from having a boogie, to being slumped, bleary eyes half closed, over their friend because they’re done and it’s time for a nap. You’ll meet these people at the nearest McDonald’s, after the dancing has ceased and sweet embrace of exhaustion has taken hold. It’s rather humorous and adorable to watch, seeing adults morph back into squishy toddlers. You tend to wonder if they’re okay, but it’s probably best to leave them be. There was an occasion where I saw someone asleep while still holding a burger, and nearly fall off the seat of the bus due to being asleep. But I drifted off with a bowl of spag-bol on my chest, and a fork in my mouth, so, each to their own.

No matter what gender or sexual affiliation we associate with, we’ve either been the flirt, or have encountered the flirt. They can come in many intensities, from the subtle charm and lean in, to a full blown (metaphorical) attack. Some guys come up to the same girl twice and use the same pick up line (this is funny, can confirm), and some girls hair flip and grind until they’re nearly on the floor (how do they do it in heels?) 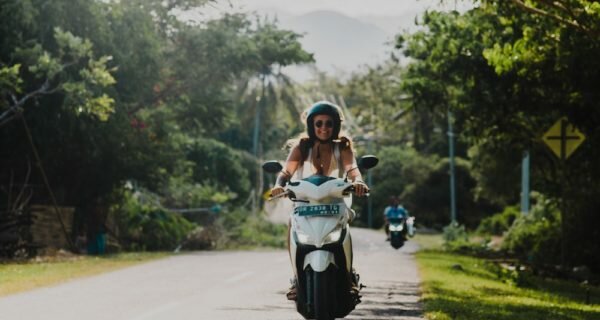