Art is the visual storyteller of our society, a colourful brushstroke or spray can start a conversation. Street art many years ago, was seen as a destruction of man-made buildings and surfaces. But now, as emerging artists have come forward to expose their colour, inquisitive eye for detail, splashing it upon bricks with flair.

Street art is seen less as just “graffiti” and more as a global art form and cultural hotspot taking city to city by surprise. We’re enamored by the creativity and  electrified by the illegality of it all. Here we have gathered a few of the best places in Australia to view the art taking over the streets. Watch out for Banksy while you’re about.

They call it the big city of culture, and it definitely feels like it after a stroll down Hosier Lane, which includes an up close and personal experience of some of the biggest names in Australian street art, all in the comfort of one ever-expanding alleyway. Shedding it’s musings regularly, you can expect to see new works every few weeks. If you’re looking to avoid the tourists, Collingwood is a lesser known option with captivating vistas.

The far west city of Australia,  but it holds some of the finest street art in the nation. All the way from the CBD to Mount Lawley you are guaranteed to see some psychedelic colours and detail to feast your eyes upon.

Nestled within the Blue Mountains a short trip from Sydney, Katoomba offers a unique street art experience. The iconic, community-driven Street Art Walk on Beverley Lane, which has become a real treasure of the mountains.

Neon urban art, detailed murals and sneaky graffiti spots on both sides of the river make Brisbane’s art scene  one to watch. In  Fortitude Valley, the heart of Brissy, you will find an explosion of creativity, dripping fresh. A top spot to head to is Boundary Street Markets in West End to take a photo up against the wings mural. Make yourself the winged angel of the city, and share it on the ‘gram. 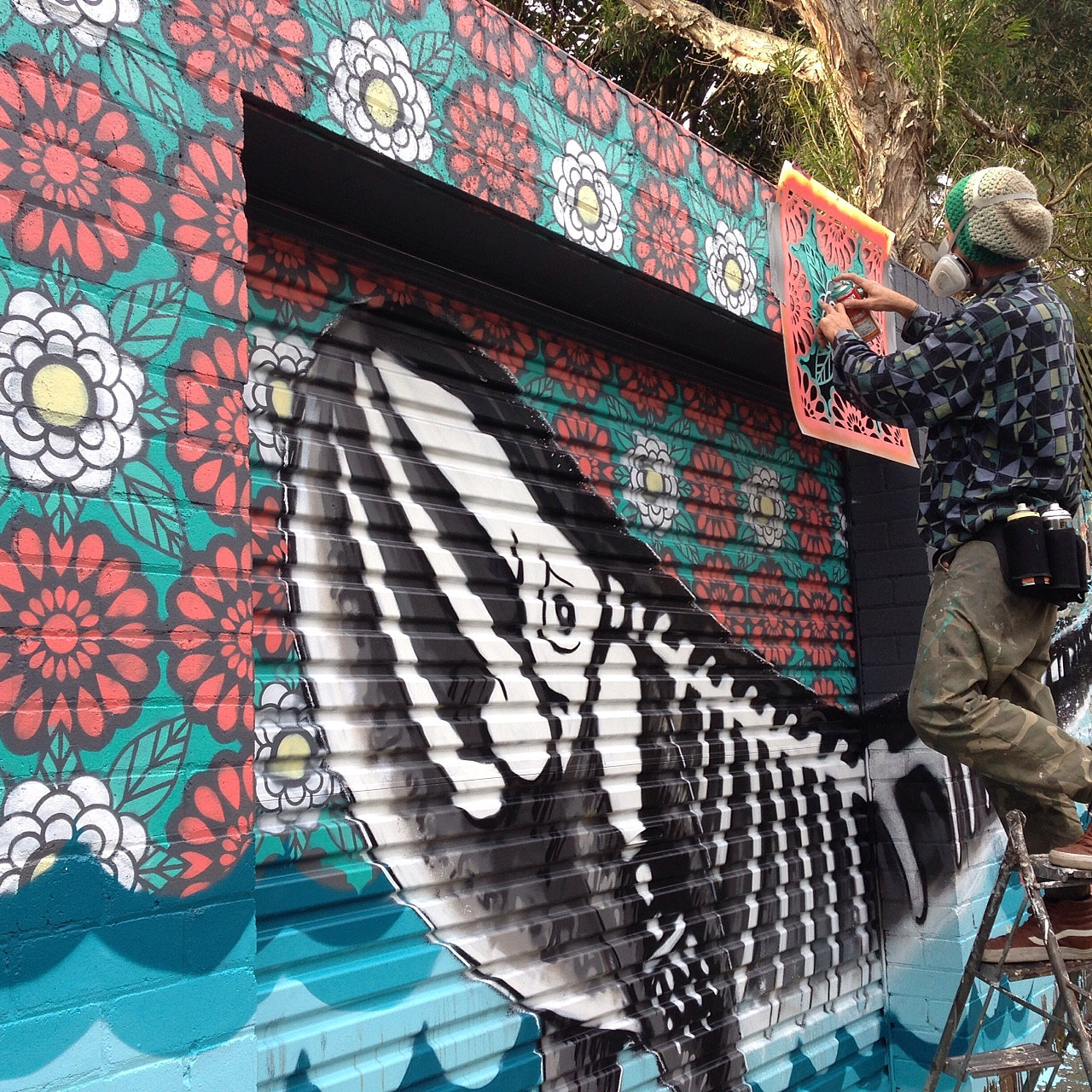 Being a quiet beachy area in the Northern Rivers, Byron Bay doesn’t get that much attention when it comes to exposure of street art. Especially compared to big cities which are visited more often, and that’s because the bay’s hidden street art is a local’s secret. Local artist Daniel Hend over the past few years has solely been responsible for some of the most iconic murals in Byron Bay and Mullumbimby. 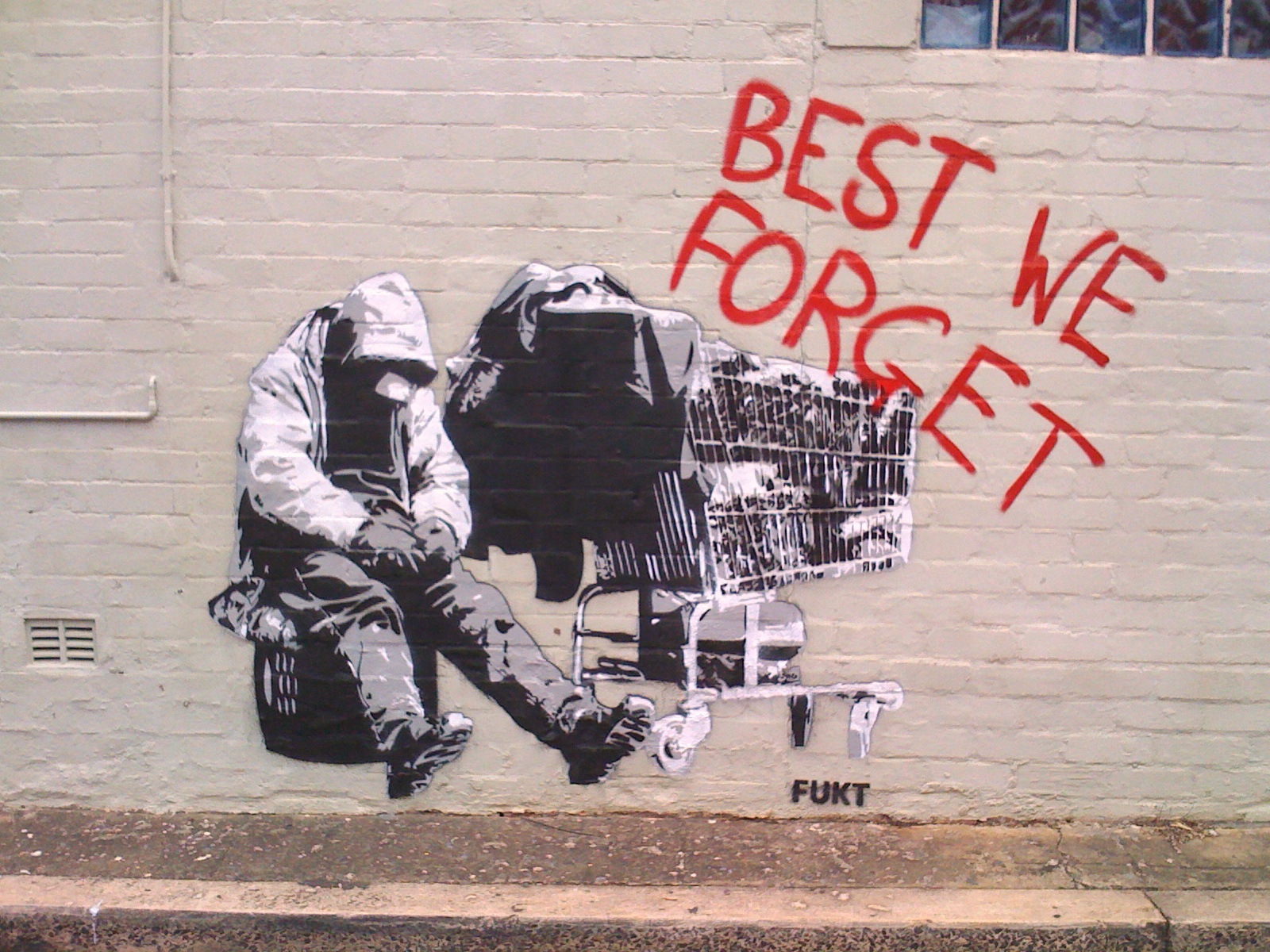 Sydneysiders know that street art is more than common in their home city. Either enjoy a one-way alley in Newtown and Redfern to get your artistic buzz or if the weather is good to you, a boardwalk mural walk by the sea in Bondi is a must do. Or stroll the cool again streets of Chippendale, you’re bound to see an artwork or two.

Not only is this seaside suburb great for its salt-speckled air, idyllic beaches and lush bushlands, it is also home to weird and wacky street art. With philosophical quotes that will paint a picture in your own mind as you read. Hunter Street is great for this if you’re taking a stroll through the suburban sprawl.

One of the swiftest of small cities in Australia, Wollongong is not only expanding by size, but also with it’s thriving art culture. The CBD and its alleyways are slowly becoming a street art scene to take notice of. Thanks to the Wonderwalls Street Art Festival which was held in the city in November, aiming to bring colour to the streets. The festival may be over, but the gems still dust the city scapes. Humans Of Your Shot – Carmel McGregor Why Adelaide Is The New Aussie Hot Spot 5 Uniquely Canadian Foods You Can Find Down Under

Study Reveals We Are Willing To Spend $3.6bn To Escape Winter