The motorbike engine roars and enters stage left: The Bad Boy. He rolls up on his Harley, winks and beckons you to join him in all his black clad glory.  Sweetly bumbling his way on from stage right is the sweet, good guy. Smiling in a friendly and unintimidating way he walks over and asks you if you’re ready to begin with your French tutoring.

a. Jump happily onto the back of Mr Bad Boy’s motorbike OR
b. Follow Mr Nice Guy straight to the library and learn your feminine and masculine nouns.

Answer honestly, who would you choose? If I’m honest I think I’d choose the boy on the bike. The thrill that that gorgeous hunk of a man is giving me attention and wants to take me for a ride on possibly the tackiest display of vehicular masculinity is almost too much to handle. Phwoar! The excitement! It’s so wrong it’s almost right and although I know I should probably be doing my French work (Okay, I definitely know I should be), I’m not getting off the back of this bike for anything. He’s not that spectacular and I probably won’t be able to hold a conversation with him about anything other than football and condoms, but I can ignore this lack of spark. He’s dangerous and he’s making me feel reckless and sexy. There’s a reason why all the ladies love Jax Teller.

Mr Nice Guy is sort of cute too, but he’s just so… well… nice. He’s at my beck and call and he’s so reliable and at the end of the day I know he’ll always be there when I need him, kind of like my favourite bra. But there’s no spark, he can spell passion but can’t spark it and there’s something about his constant availability that makes him seem almost needy – isn’t that meant to be the girls’ job? I’m trying to imagine myself sitting with him and getting dizzy with talks of boulangeries and baguettes but while the French language is incredibly sexy on a man, it’s not on him and yet again I don’t find myself particularly enamoured with him at all.

I DO NOT UNDERSTAND!

I feel like I’m being tossed around and around in endless circles because no one ever talks about the middle ground. Why isn’t there stage north-west for my prince charming to drive in on in his BMW clad in a Hugo Boss suit? All we ever hear about is the good guy versus the bad boy. Women are meant to marry the nice boys and rebound with the bad boys, inbetween the not so nice boys. The argument can be made that it’s biological and to an extent this is true. Women are biologically engineered to be attracted to the tough guys because our brains are like “he will protect you, he is strong and large and will make good babies, you should mate with him”. Makes sense, right?

The nice guys always seem to finish last because they’re sometimes seen to be the ‘weaker’ of the species. They’re the white knights who will always be there but are perpetually friend zoned because at the end of the day, biology tells us that they won’t be able to provide for us as well as the bearded scoundrels. That leaves a gaping hole in the man market. I know that I can say I’m highly attracted to the tough guy. I want a guy who will rip someone’s throat out to protect me and any potential babies that may happen, but still be able to have a meaningful conversation with me and make me feel like a princess. Having my head stroked while watching cartoons and drinking tea is my heaven, but tough guy is too tough for it and nice guy is too friend zoned to even touch my head.

It is this that leads me to create a new male stereotype: THE MAN.

Some of us lucky people already have one in our lives. I have a Man and he’s great fun. He’s all the best features of a Nice Guy and Bad Boy blended into one GTAV playing, Sherlock watching, business doing, hardworking package and he’s tough and strong and doesn’t let anyone but a select few view his sensitivity. He values manliness and honour and loyalty and never leaves home without his wristwatch, hair combed and possibly a pocket square (in my mind anyway…) His ideal ride is an Aston Martin, or something similar that has a bit of a growl and is insanely sexy, but not too obnoxious. And most of all, he treats you like a LADY. Old school stuff like opening doors and pulling your seat out for you at dinner, all without a hint of irony or insult.

As a rule of thumb, don’t rule the Nice Guy or the Bad Boy out too quickly. Boys just need time to grow into men, and into your rendition of The Man. Maturing is a funny process and sometimes we all let off a little steam and try and define ourselves as individuals by accidentally falling into silly stereotypes. Girls do the same thing. We run around in short skirts with our assets on full display to attract a boy, and then we start to cover up as we start to grow up. Just how people always wonder “why do nice girls go for bad boys?” the same can be said for “Why do men like sluts?” They don’t. Well… no, they do… but there’s a difference between banging material, girlfriend material and wife material and all women will eventually become a man’s Wife Material. We just need to wait for our male counterparts to do the same thing because they will eventually… someday… soon…*

The Man is different for every woman and I know at the end of the day finding your Man is damn hard! Your version of a Bad Boy or Nice Guy could be someone else’s Man. My idea of The Man is so different to that of my best friends, but that doesn’t make him a Bad Guy, it just means he’s the Wrong Guy for them. I think men are more diverse then we give them credit for, there are so many different variations of The Man. There’s an absolute treasure trove of manly secrets under their hairy surfaces that don’t often see the light of day because they’re so neatly slotted into predetermined ideas of what they should and shouldn’t be.

At times I feel that even my Man falls into the Bad Boy or Nice Guy categories that I dislike, and I I’m left completely turned off at the thought of his latest scheme for world domination or rants about the newest high score on the latest first person shooter. But as a way to get back at him for all the times he slips up and doesn’t live up to my high expectations of the The Man, everyone, join me in admiring Henry Cavill, who is the PERFECT man. And British. And Superman. 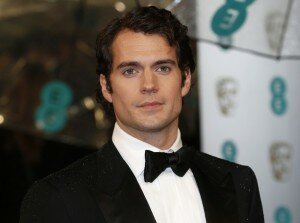 *I cannot and will not be held responsible for any of the above statements actually coming to fruition.