We were in the bathroom. I was holding a plastic bag open as my boyfriend put chunks of hair into it.

He was looking in the mirror while chopping bales of brown and blonde curlies off his face, with a towel laid over the vanity to catch any strays that might clog up the bathroom sink. He saved his much lighter, Lorax-like moustache until last. After twirling the hairs into a cheeky handlebar, he cut off each side. Left and then right.

I left right when it became too much for me.

When he came into the bedroom freshly shaven, the first moments between his face and mine were tense. He looked at me with familiar, calm eyes, but the lower half of his face was completely unrecognisable. It was new territory. Territory punctuated by a bum chin.

I told him he was still a handsome dude, and that I’d get used to the new look. Yet in that moment it felt like he was someone else. I held it together for a few minutes, trying to play it cool, but his facial expressions were now overwhelming to me. I didn’t know what they signified. I could see his lips, the corners of his mouth. I could see him tense his jaw. I’d never had to deal with this amount of face before.

I had this dumb idea of surreptitiously looking at a forum called reddit/beardporn, so that when he returned from shaving he’d catch me and oh, how we’d laugh… but, being unable to keep anything from him, I told him I was thinking of doing it. So bad at jokes. So good at prophesy.

I’m now stalking older, furrier photos of him on Facebook. I feel ashamed as I scroll through the images; like a gambling addict hunched over pokies buttons, face shining like a brown bag with a late night pizza slice in it.

Will I ever recover from shave shock?

Some academics say that, for human males, the adaptive importance of having a beard (if there is any) could be to signal sexual maturity. So, perhaps I should take solace in the fact that I’m into luscious face locks and not sexually unripe men, as that’s paedophilia.

But if adaptive function is the real reason women find beards irresistible, then why would it be suddenly preferable to not have a beard? Beards are increasingly associated with the dogged pursuit of fashion rather than the ability to actually lop trees for lumber. To make things even more confusing, New York hipsters (sorry, I hate that word too) are forking out as much as $8000 to get their patchy chins surgically implanted with more hairs.

Facial hair isn’t rare as it was a decade ago and, much to the lament of naturally hirsute men, studies have concluded that it’s rarity that makes beards attractive in the first place. Women find facial hair less attractive when beards abound, and thus the trend dies down, guided by some sort of Darwinian selection. After studying beard trends throughout history, NSW evolutionary biologist Dr. Robert Brooks recently said our society had reached peak beard and was due for a razor rebellion.

Now, as the female of the species, I increasingly notice the preponderance of bearded bachelors on Sydney’s streets. Throughout history, the beard has variously symbolised strength, wisdom, high social status and virility. Now, beards are a symbol of nothing. Beards don’t mean diddly squat. The almighty Zeus beard was a symbol of my boyfriend. A symbol that died, and a symbol that I had to grieve for.

History has showed us that, to each beard, there is a season and a reason. This knowledge (and daily binges on reddit/beardporn) has helped me recover from shave shock.

Now it’s just a matter of my chin recovering from stubble rash.

Ash hosts Out of the Box on FBi Radio, studies at the University of Technology, Sydney, drinks gin with her Nanna and is a total dag. She tweets hopelessly at @ashberd.

This article was originally published on Hijacked.

Hijacked.com.au
Hijacked is a different breed of website. It is a digital campus that connects you to Australia’s other 1.25 million tertiary students; a bit like a giant online hangout between lectures. Unlike traditional media, we let you hijack the conversation and give you the opportunity to broadcast your voice across our digital billboard network in 50 campuses nationally. We also give you all the stuff you need to survive study life: gigs, sweet deals and real world career advice. 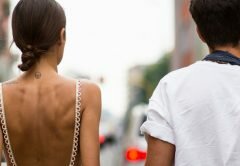 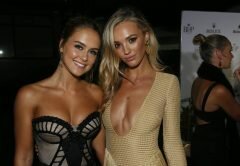 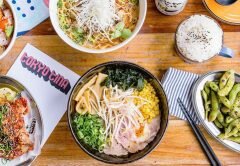 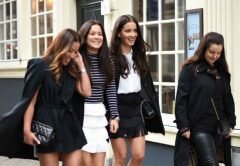