We are slowly proving to the mass audience out there that video games deserve to be held in the same regard as film and television as a legitimate form of entertainment.

The entire movement comes from a desire for games to be taken seriously. Even with hundreds of millions of dollars worth of sales and widespread critical acclaim, mainstream audiences still struggle to see gaming presented as the legitimate form of entertainment that it is.
The gatekeepers of our society still see them as a child’s plaything, and that isn’t going to change anytime soon no matter how many fiendishly original and affecting experiences Ken Levine unleashes upon an unsuspecting world.

The movement merely wants the very best that gaming has to offer (not all of gaming) to be spoken of in the same considered and reverential tones reserved for films like There Will Be Blood and television shows like Six Feet Under. If we try and convince people that the likes of Call of Duty fall into the same category then we must be willing to accept the Transformers series and The Big Bang Theory into the category as well (I believe Professor Hubert J. Farnsworth would have the perfect phrase for such a world). 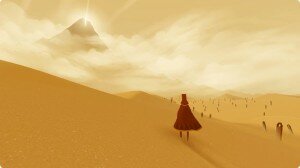 To any gamers out there – not just the hard-core – if I try and explain to you why The Last of Us is so special, I would tell you that the game is gorgeous, technically outstanding and brilliantly written. It tells a mature, ambiguous and grown up story that very few games even think of, much less execute.

The reasons why the game is regarded as one of the very best of the last console generation, and why the game is so important are clear to you. Having grown up with games in some shape or form, you possess a kind of baseline understanding about what makes a game good. And in very rare cases you can easily identify why a game might transcend the medium to become what some might call “art”.

Now try explaining The Last of Us to your average Baby Boomer, a generation of men and women raging against the dying of the light. Sure, the graphics may blow them away to a certain degree, and the realistic movement of the characters may be impressive. But the subtleness of the narrative, the little interactions between Joel and Ellie, the morally ambiguous nature of your choices within the story won’t be seen as ground-breaking in any way. After all, television and movies have been dealing in shady morality for years, why is it so important that a game does it now?

Arguably the biggest challenge in seeking appropriate recognition for videogames is that this viewpoint, this seemingly ignorant stance against interactive storytelling doesn’t come from a place of outright ignorance or a vehement refusal to acknowledge advancements in the technology of storytelling – if they were all The Honourable Michael Atkinson this would be easy. 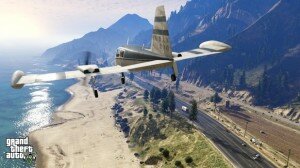 The problem is, that baseline doesn’t exist for them. They didn’t grow up absorbing stories and tales of right and wrong by living them through a controller. Those gloriously affecting experiences most of us had as a child playing Final Fantasy VII or Bioshock are totally alien to them because they don’t see games as interactive storytelling – they see them as games, as things children play with.

The term “playing” here is the key. You can’t play with culture. You can’t play with films or television. But you can play videogames. Our generation is part of this odd transition period where for the first time in our history we can interact with truly complex, adult stories and affect their outcome. But to our parents and grandparents a video game is something their child wanted to play with – because all children want to do is play – so they bought a Sega Megadrive or Super Nintendo or Sony Playstation and for them that was the end of it.

This secondary meaning to the word “play” wasn’t really around in the 50’s or 60’s. “Playing” was always something tangible that you did with dolls or balls and sticks. The children and younger adults of today have that secondary meaning implanted deep in the recesses of their brains from a very young age (just look at every 4 year old with their parent’s smartphone).

A generational shift is required for gaming to build up sufficient momentum to truly be taken seriously as a form of entertainment. By the time we become the gatekeepers everyone will have played videogames in some shape or form, whether it be mobile, PC or console everyone will have that reference point allowing them to truly appreciate the complexities of the very best that gaming has to offer.
Now that is a planet I want to live on.