The fallout over the past week following the release of judge Hans-Joachim Eckert’s summary of the Garcia report into allegations of corruption, has once again shown the true colours of world football’s governing body.

The head in the sand approach nurtured by FIFA President Sepp Blatter makes the organisation (and consequently everyone under their umbrella) look like utter fools. Blatter learned from the best in former President João Havelange, and he has continued to embarrass football with his antics. He is a man who cherishes titles, and whose ego knows no bounds. The Japanese have made him the “Grand Cordon of the Order of the Rising Sun”, according to the French he is a “Knight of the French Legion of Hounour”. In Liberia he is even part of the “Humane Order for African Redemption”.

Everyone knows that secret deals go on, that officials are paid under the table with literal bags of cash. But nothing is done, because deep in the (probable) underground vaults of FIFA, they have dirt on everyone. There is no other way that this monolith could for so long continue to get away with the kind of illegal dealings that seem to be surgically fused into the DNA of the organisation.

We’ve seen how FIFA react towards whistleblowers, with both Bonita Mersiades and Phaedra Al-Majid all but explicitly named in the summarised version of the Garcia report.

The latest travesty that is the summary of the Garcia report, can only be dealt with by the release of the full 400 page document. Only then can we begin to clean up the mess that became the bidding process for the 2018 and 2022 World Cups, which were awarded to Russia and Qatar respectively.

Unsurprisingly, Darth Blatter himself has said that publishing the report would break FIFA’s own rules. How convenient that a report commissioned by FIFA to investigate corruption allegations against FIFA, carried out by an investigative team employed by FIFA, cannot be published in full because the rules of FIFA do not allow it.

It’s almost like they planned this from the beginning.

Blatter has cited Swiss law as the other reason the report cannot be published. He has said, “we (FIFA) have been advised that publication of the report might be permissible if the persons and entities included in the report agree to publication and waive any legal action they might be entitled to bring.”

Yeah, I can’t see that happening either.

The report will obviously never be published by FIFA themselves; not in their current guise. It would ruin much or all of the organisation, and in all likelihood force a full scale re-vote of both the Russia and Qatar World Cups. It would expose to everyone the malformed, disfigured beast that FIFA has become through its years of hoovering up and exploiting every facet of the beautiful game.

The only realistic chance we have is for the report to somehow turn up on some forum in a dark corner of the internet. Hopefully Edward Snowden really likes football.

And if it did leak? Could you imagine what would happen if you poked the side of FIFA’s bloated carcass with a harpoon? It would explode in a tidal wave of secret handshakes and unmarked envelopes full of non-consecutive United States currency. The names of the world’s most powerful people would be forever tainted by the stench that permeates everything Sepp and his cohorts touch.

The problem with this tactic though, is we’ve seen how FIFA react towards whistleblowers, with both Bonita Mersiades and Phaedra Al-Majid all but explicitly named in the summarised version of the Garcia report. This despite being promised total anonymity by FIFA if they cooperated with the investigation. Al-Majid is now under the guard of the FBI for her own safety as she fears retribution from members of the Qatari bid after she spoke out against their bidding practices.

FIFA are nothing short of an absolute disgrace to the game. There is no other way of putting it. Ordinarily there are at the very least, dissenters and contrarians that will come out of the woodwork to defend any person or organisation who has fallen so far in the eyes of the public. The complete and utter lack of them in this case speaks volumes for the level of remorseless exploitation that flows through the veins of the FIFA executive.

Reportedly, Blatter covets above all else the Nobel Peace Prize and he will not rest until he acquires one for his services to football. If he truly does intend to stick around as FIFA President until then, I’m afraid we’ll be stuck with him forever.

friv
corruptionFIFAfootballsportworld cup
Previous Article5 Reasons Why Unemployment Shouldn’t Be The Scariest Thing In The WorldNext ArticleFlix: Fury – A Harrowing Snapshot of War 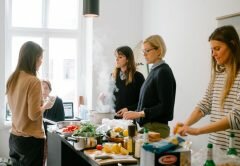 5 Dead Cheap Dinners You Can Make At Home 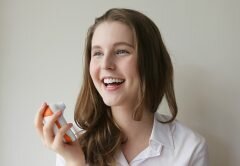 5 Brilliant Young Aussie Inventions That Will Inspire You 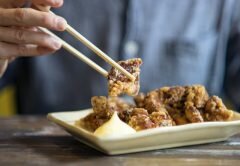 5 Spots In Sydney To Get A Taste For Japan 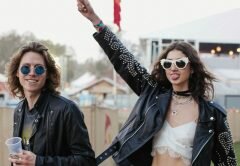 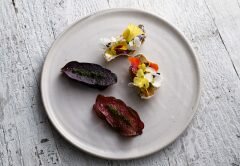