If you ever wanted to find a story that polarises the bulk of Australia – jump on the bandwagon right here.

The booing of Adam Goodes at AFL games this season has quite literally split people in opinion – many people claiming they have every right to boo, some calling the booing racist, some suggesting the man needs to ‘grow up’. This list of reasons continues to expand with each passing day.

Goodes has clearly started to feel full effects of the ordeal, with the Brownlow winner being allowed to stand down from Sydney’s game against Adelaide this weekend.

Having done plenty of reading of the myriads of articles published over the past week, scrolled through hundreds of comments on those articles, and actually chatting to a few people in person about the whole situation – there are some pretty fascinating insights.

For me there are multiple reasons people boo Goodes – but ultimately it’s because the majority believe he doesn’t fit into the widely-expected ‘get on with it’ / ‘don’t be soft’ / ‘how dare you potentially not love Australia!’ attitude.

I think it’s hard to put all eggs in one basket when it comes to racism – I think some fans genuinely boo Goodes for niggly plays and such, like many other players get booed for the same reason.

However, Goodes is no worse than many other players in the league and you must have pretty thick skin if you think his playing style alone is the reason for such targeted and continuous booing.

The one thing I have found increasingly confusing is this use of ‘he’s a flog’ reasoning for booing – as if it’s some type of acceptable Australian mannerism that really describes nothing.

It’s like someone asking me why I hate oysters and me replying with “because they’re shit mate that’s why.” When in actuality I don’t like them because of the salt-heavy taste, texture and aftertaste.

Take out what I believe is a minority of people who boo Goodes because of his actual playing style, I believe there are three reasons for the booing:

I’ve heard people even go as far as to say the 13-year old girl deserves an apology. Are we more caught up with the people yelling racist taunts, or racism itself? Here’s a quote from the ever-reliable Alan Jones on Goodes:

“Compare him, for example, to a guy like Steven Smith. A young man who you hardly hear a squeak from.” 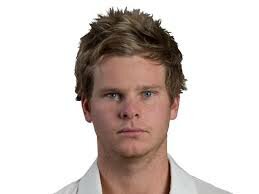 Wonder how much racial vilification Smith has experienced?

And you’d think that would play a part, right? Actually experiencing racism – how do I know what oysters taste like without actually eating them?

“(I was booed) over many years and got called even worse names.”

Another popular opinion shared by many – fair dinkum Goodesy she only called you an ape. Just man up and get on with it. God help us all if you get called something small like that on a footy field; let’s be honest you kind of look like one. As long as you don’t get called a monkey by an Indian cricketer. Shit mate, if he called you a monkey on the cricket field that type of bloody racism aint bloody welcome on these post-convict shores!

All booing isn’t racially focused, I’m pretty content with that. For me, a large portion of the people booing Goodes won’t dare accept his stand point and actions on racially-driven issues.

The question is, in such a monumental position like Goodes is in as an Indigenous role model and AFL great – what makes him more of a ‘flog’? Not giving a damn and just ‘getting on with the game’, or, standing against racism, encouraging Australian-societal discussions and embracing his culture?