Summer is here, and although the warm weather hasn’t fully hit us yet, it’s time to prepare and buy tickets to watch films under the stars. An outdoor cinema is the perfect first date or even to switch up your usual date night. Way easier than scrolling through Netflix for hours trying to decide on what to watch..

Depending on the location, this outdoor cinema runs from the end of November all the way to the end of March. Enough time to catch a couple of movie’s with both your friends, your partner and family. Films include both new blockbusters like Bohemian Rhapsody and old classics Love Actually and Elf. Just in time to really get you into the Christmas spirit.

Again, depending on your location, the American Express open air cinema will be open from October 4 to April 14. Catch the new Girl In The Spider’s Web film or have the ultimate girls night watching (and crying over) Patrick Swayze in Dirty Dancing. Splash out on extra’s such as bean bags and blankets for more comfort and don’t forget that American Express customer get 15% off tickets so get in quick.

With Canberra opening first at the end of November, the Sunset Cinema brings you the chance to drink craft beer by Sydney brewery Young Henry’s and lounge on huge beanbags. All with a box (or two) of popcorn in hand. Soak up the sunsets and get picking a film quickly.

150 queen sized beds and 52 magical movie nights. Nothin scream’s date night like this cinema. From November 30 to February, Moore Park will be home to an experience like no other. Lounge in a huge bed under the stars whilst watching your favourite film and gorging on a meal from Fratelli Fresh or The Bavarian.

Located at Mrs Macquarie’s Chair, with a view of the city behind, St George is the perfect cinema to take someone for a first date. It’s got everything. The view, the sunset, the film and even an array of food and snacks to munch on whilst you’re watching. Ticket’s aren’t yet on sale but keep an eye out soon as the season starts on January 8 and runs to February 16.

Isabelle Taylor
Isabelle is an avid music lover always in search of a good glass of wine and a weekend trip away. A typical Brit, is never far from a cup of tea. 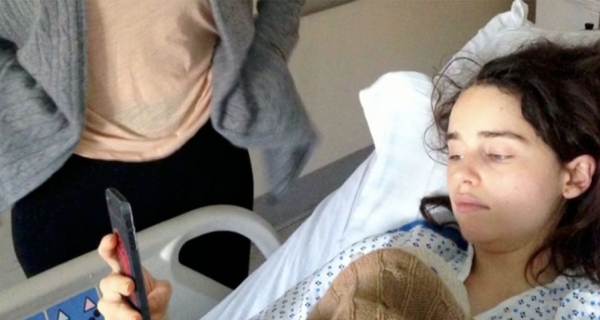