Hello, yes, I am still just as (probs more) obsessed with Harry Potter than I was when I was 12. Yes, I’ve read (a lot) of other books.

Considering that the Harry Potter series ended many years ago (Cursed Child doesn’t exist and I refuse to acknowledge it), I’m starved of good Potter content – but not today!

In some nerdy and exciting news, a bunch of scientists from India discovered a new species of snake, and published their findings in a journal this month.

The snake is a green pit viper, and they named the new species Trimeresurus salazar. 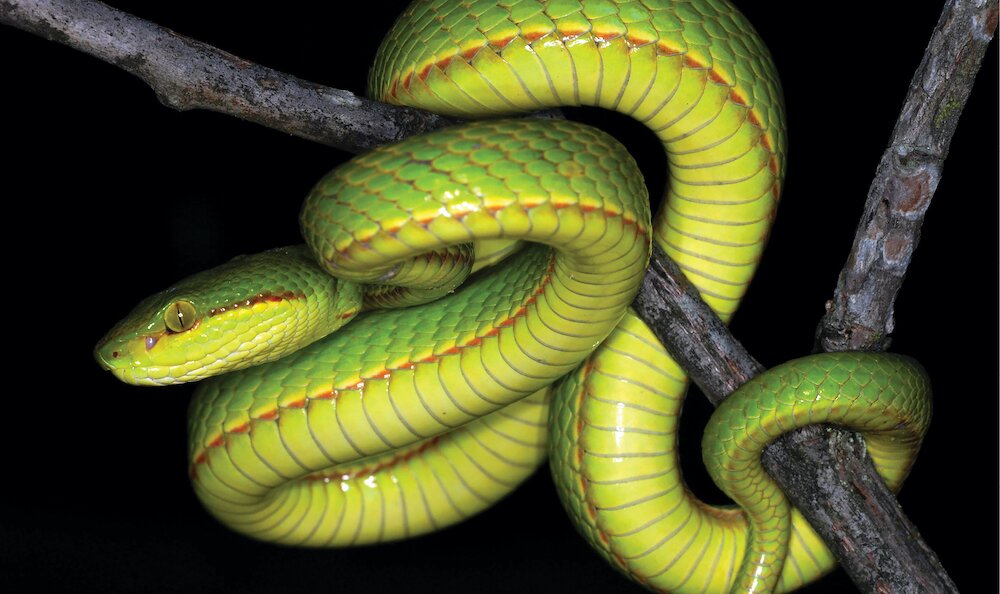 Hopefully this news doesn’t go to J.K Rowling’s head, because lord knows I can’t stand another bullshit made-up storyline that destroys the character integrity of the series as well as defies world lore for cash. Yeah, I’m looking at you Cursed Child.

no one:
not a living thing in the universe:

jk rowling: this snake is voldemort’s only child and it lived in the forbidden forest. https://t.co/eUslIuDaw9

For those of you whose Potter knowledge is rusty, Salazar Slytherin is the founder of the Hogwarts house Slytherin. He was a parselmouth meaning he could talk to snakes, including the giant ass basilisk he controlled to kill kids based on their blood status (uhh)…

Look, he wasn’t really a great dude but this is about the story, amirite? Salazar Slytherin’s house colour was green, like this viper, and his mascot was a snake.

It totally fits, and I think this is the most wholesome news ever. First a new biodiversity discovery, then a Harry Potter reference? This is my kinda content.

The snake was discovered in Arunachal Pradesh, a Himalayan biodiversity hotspot where new species are still being constantly discovered. Considering the mass extinction we are currently facing because of climate change, knowing there are still some places with heaps of biodiverse and untouched communities is great.